Named after the first Borbón King of Spain; his paternal grandfather, Head of the Spanish Royal House; his maternal grandfather, King of the Hellenes and his great-grandfather and King of Spain Alfonso XIII, his godparents were His Royal Highness the Count of Barcelona Don Juan de Borbón and Her Majesty Queen  Victoria Eugenia. He attended school in Madrid, Canada and the United States and received military instruction in the three branches (Army, Navy, Air Force). On his 18th birthday in 1986, Don Felipe swore allegiance to the Constitution and to the King in the Parliament and received from the King the Collar of the Order of the Golden Fleece. Like the King, Queen and his uncle King Constantine, the Prince of Asturias participated in the summer Olympics, in the Spanish sailing team at the Barcelona Games of 1992, where he finished sixth in his class and obtained an Olympic Diploma. As heir to the throne he bears the historical titles of  Prince of Asturias, Prince of Girona, Prince of Viana, Duke of Montblanc, Count of Cervera and Lord of Balaguer. After marrying Doña Letizia Ortiz Rocasolano in 2004, he is now father to two young daughters, Their Royal Highnesses the Infantas Doña Leonor and Doña Sofía.

The Prince of Asturias will be the oldest Spanish Monarch at the time of his enthronement. The record is currently held by Charles III, who was 43 years old when he became King of Spain. 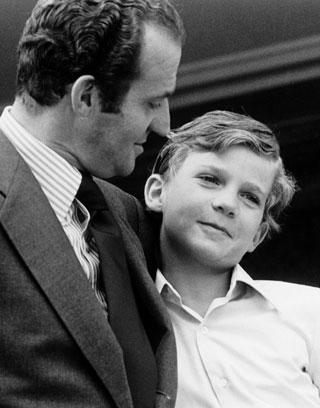 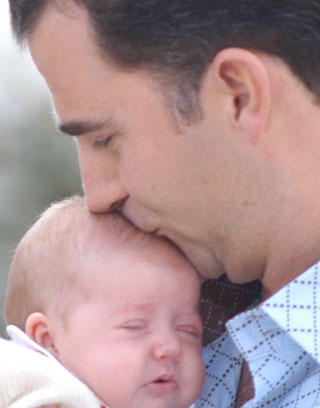 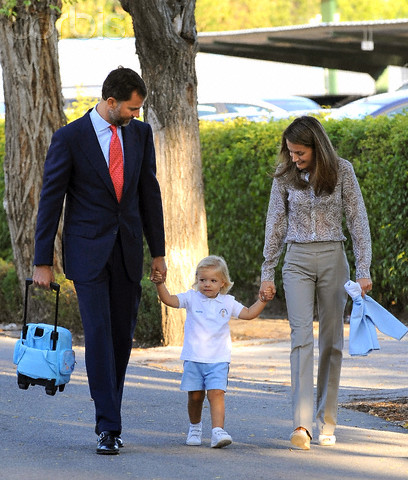 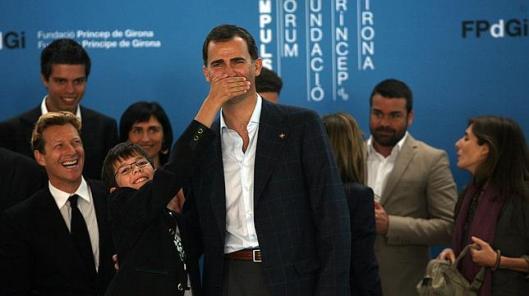 5 thoughts on “The Prince of Asturias turns 44 today.”

At the Spanish Court